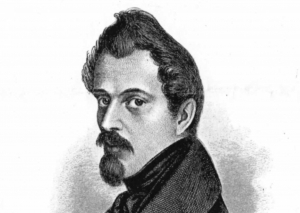 was musically trained in Munich, Weimar and Vienna. Already at the age of 22 he was called a „gigantic pianist“, „ highly gifted artist“, „the most distinguished pianist of the time” in the world of art. His contemporaries mentioned him as a virtuoso along with Frédéric Chopin, Franz Liszt and Sigismund Thalberg.

In 1838 he migrated to Saint Petersburg, where previous successful visits had made him persona grata at Court. He then became court pianist and inspector of musical studies in the Imperial Institute of Female Education and occasional teacher at the Saint Petersburger Conservatory, and was ennobled in 1861. Henselt’s influence on the next generation of Russian pianists is immense. (It is in Henselt’s playing and teaching that the entire Russian school of music had its genesis.)

Henselt was also well known for his piano compositions in the middle of the 19th century. Those were stylistic and inventive contributions to the musical Romanticism.