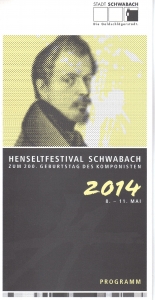 2014 marked the commemoration the 125th anniversary of Henselt’s death and his 200th birthday.

In May of this year a four days festival and a concert “Wohllaut und Klangzauber” in November took place.

The May festival started with a concert of the municipal music school “Adolph-von-Henselt Musikschule”. For the first time students across all age groups engaged themselves extensively with Henselt’s music after whom the school was named.

The Metropolmusik e.V. composed the “Stationenkonzert” in the town museum on commission from the city of Schwabach under the musical direction of the jazz musician Peter Fulda who was also born in Schwabach.

The big anniversary concert presented the Henselt choir (just founded for this occasion), the Schwabach chamber orchestra under the musical direction of Vladimir Kowalenko as well as the Rosenholz-Trio performing Henselt’s Trio op. 24 and the English virtuosic pianist Daniel Grimwood performing the piano concert f-minor as a soloist.

The festivity ended with a matinee where the musicologist Dr. Lucian Schiwietz gave the talk “Henselt anecdotic” and a book presentation “Adolph von Henselt (1814 – 1889) Chronology of a fascinating life” by Dr. Gebhard Kindl. 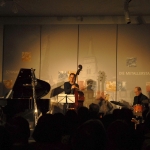 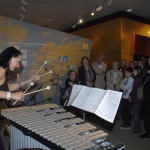 About the Author: Sandra Hoffmann-Rivero